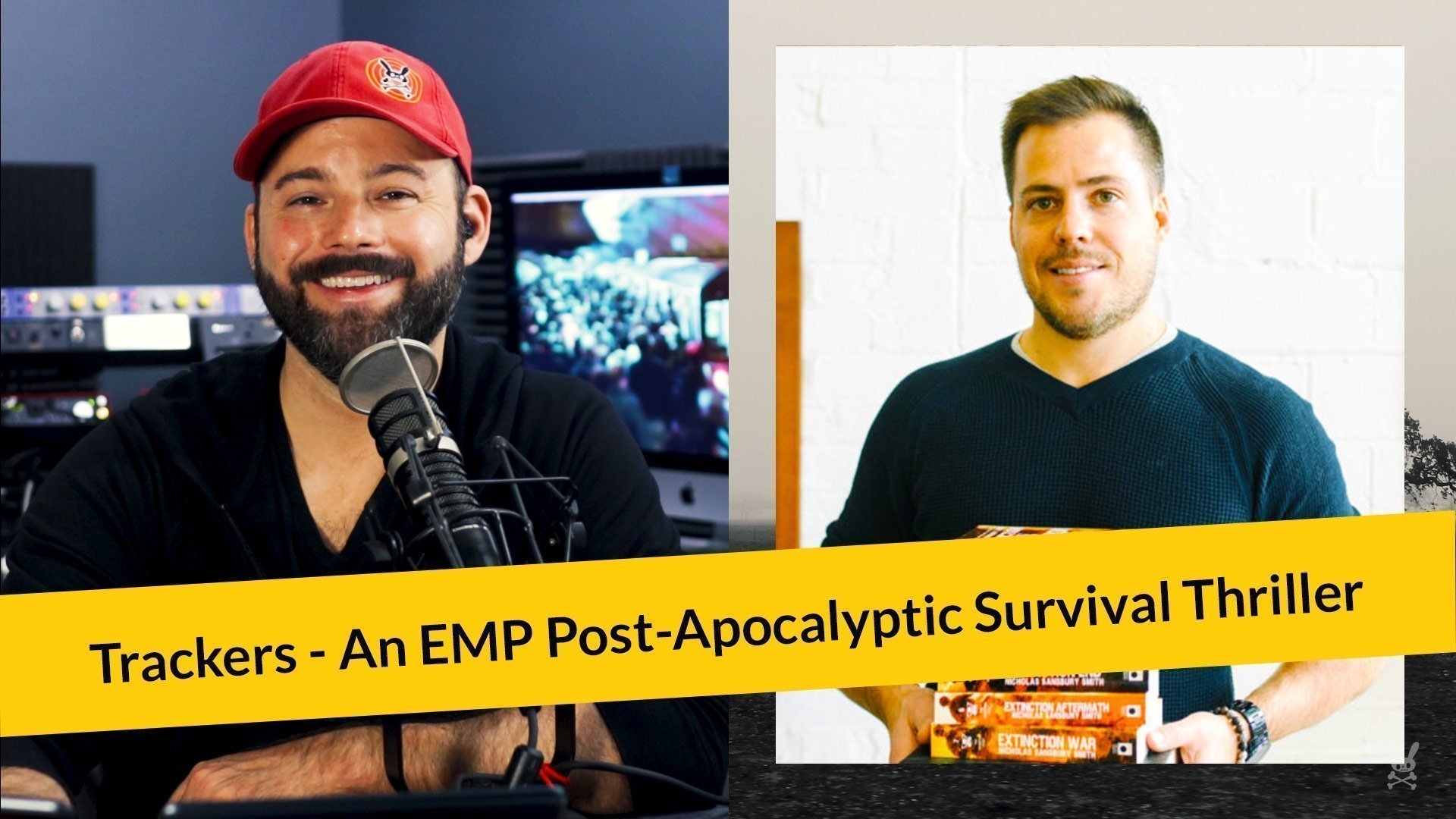 Author Nicholas Sansbury Smith drops by. He’s going to share with us how he crafted his Tracker’s series just for you.

Five days ago, North Korea detonated three strategically placed nuclear warheads over the United States, triggering an electromagnetic pulse that crippled the country. A second attack destroyed the nerve center of America in a nuclear blast that flattened the nation’s capital. As the government falls apart in the aftermath, the survivors must decide how far they will go to save the ones they love.

In this lawless new world where the most ruthless thrive while innocents suffer, a sheriff, a retired marine, a nurse, and a senator turned secretary of defense are faced with keeping their communities and families safe. One thing is certain – they won’t be able to save everyone. Not with their humanity still intact.

Past Book Club Episodes With an EMP Focus:

E171: How to Secrets of Threat Intelligence Gathering for Survival

In this episode our guest lays out the importance of intellegence gather. With some techniques you can know what's going on before the news. Sam Culper of Forward Observer Magazine lays it all out for us. Listen now...

Alana Barfield joins us once again. This time she shares with us how she survived 40 days naked in the wilderness and more. Listen now...

Announcements and a special best of episode. This is part one of a two part final series.