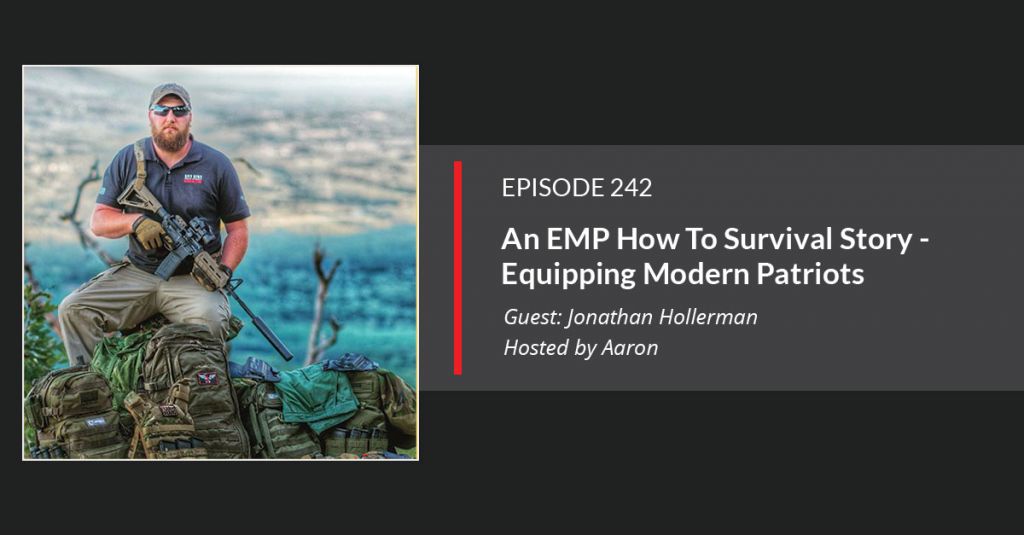 Jonathan Hollerman stops back by to discuss his book series Equipping Modern Patriots. We cover everything from him as an author to his biggest prepper fiction pet peeve.

From the episode 237, you know Jonathan as the former Air-force SERE instructor turned survival retreat consultant. He takes a hard look at preparedness and judges strategies and techniques against his experience seeing some of the worse human traits in action.

And he’s made it his personal mission to teach others how to prepare for the worst-case scenarios. As we covered previously, he’s written a nonfiction manual.

But he’s also written a fiction series titled Equipping Modern Patriots. In his book series, he takes you on a journey in order to teach readers survival lessons. These are the aspects of survival he feels are most important and overlooked. Most notably is human desperation and how good people can do horrible atrocities.

Alana Barfield joins us once again. This time she shares with us how she survived 40 days naked in the wilderness and more. Listen now...

Hosts Aaron and Jonathan discuss how to get prepared quickly, how fast is too fast to prepare, common mistakes, and the lessons from experience. Listen now...