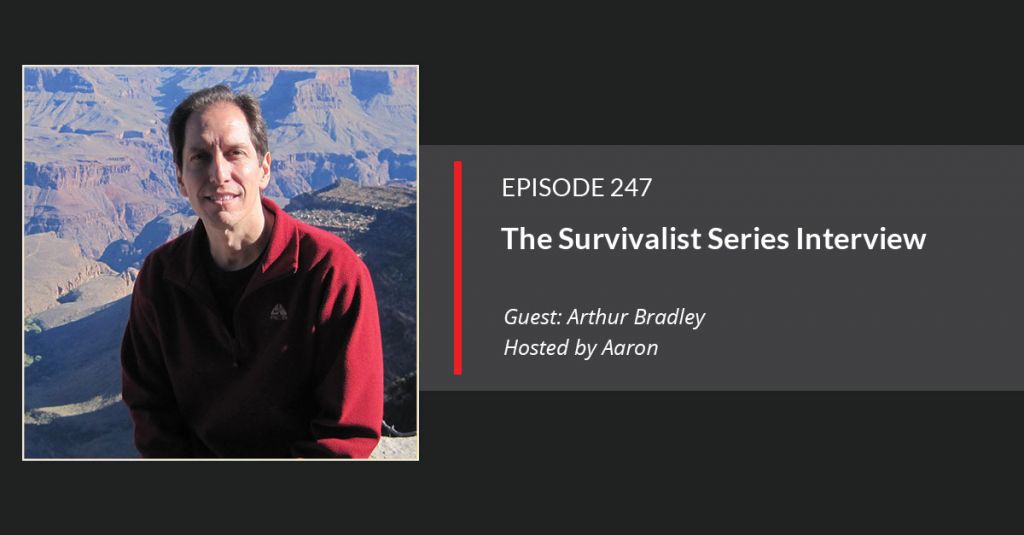 Author Arthur Bradley drops by to share with us how and why he made The Survivalist series for you.

Arthur Bradley is a NASA engineer by day and a prepper author by night. (A real NASA engineer, not like the sort of nonsense Jonathan Jason and myself used to tell women.)

This isn’t just a cool side-note. His vocation shapes the fiction he writes: Facts and realism play a key role.

And there’s a much deeper reason Bradley has all the potential to be a great prepper author. But we’ll get into that in the episode.

Beyond NASA and the fiction books, he’s also written a several non-fiction survival related book. And he’s something of an expert on EMPs.

His “Handbook to Practical Disaster Preparedness for the Family” has been featured in the New York Times, Money magazine, the Toronto Sun, Popular Mechanics, Men’s Journal, the Costco Connection. The handbook is widely recognized as the gold standard of family preparedness manuals.

The Survivalist Series and Arthur Bradley:

In this episode, your listener questions will be answered. We’ll discuss hiding your peppers, self-defense options for those with poor eyesight, short barrel rifle questions, and probably one of the hardest questions any of you have ever asked me.

Your BitCoin Cash buddy Joey King drops by. We discuss what the heck is going on with cryptocurrencies and what the future may hold.