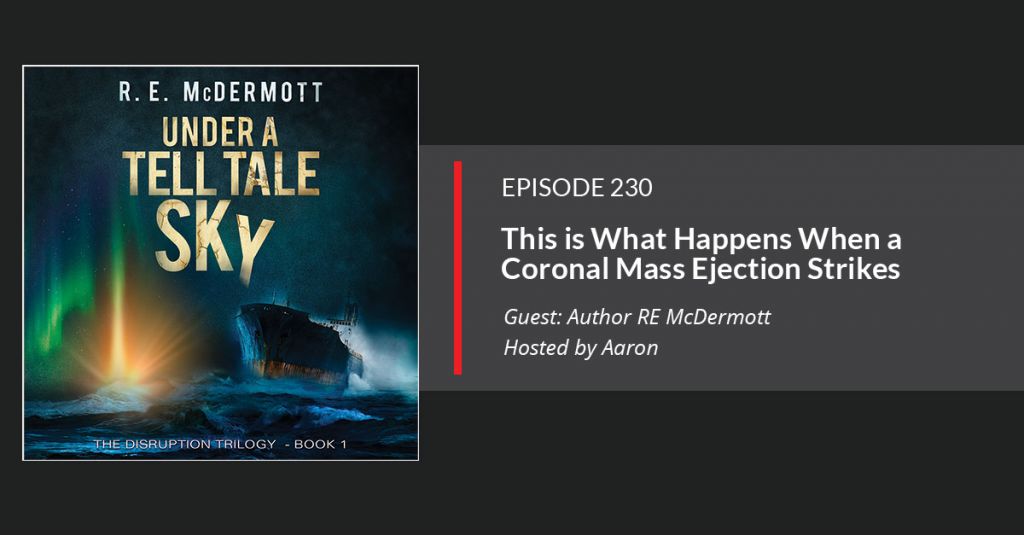 In this episode, we’re joined by Author RE McDermott. He shares with us who he is, his book Under a Tell Tale Sky, and how life after a coronal mass ejection might go off the rails.

Dystopian fiction books in the prepper niche often focus on EMPs. It’s a seemingly easy target — especially these days. North Korea and other bad actors are suspected of either being capable of or working diligently to produce a weapon that can destroy our grid.

But it’s not often we get a book based on a coronal mass ejection; CME for short. Under a Tell Tale Sky paints a picture of what life might look like immediately after a CME. And author RE McDermott uses this scenario to demonstrate some of the benefits of being on a boat if a CME it.

A coronal mass ejection is an electromagnetic pulse caused by a solar flare, in simple terms. So it’s a naturally occurring phenomenon. And there are such events in recent recorded history. Most famous and largest among them is the Carrington Event – also known as the solar storm of 1859.

In this episode, we go back into the archives for lessons in homeschooling. This is part one of the two-part series on homeschooling with Suanna and Ron Davis. You'll hear myths busted, challenges accepted, and how it works when one parent works and the other teaches. Listen now...

E274: What Happens to the Survivors of an EMP Disaster

Author Chris Pike drops in to share her story, how she crafts prepper post-apocalyptic fiction, and an inside look at her EMP Survivor Series of books.

Hosts Aaron and Jonathan discuss the basics of camping and camping gear. Camping is an excellent opportunity to test gear, skills, and be reminded of life without most modern conveniences.