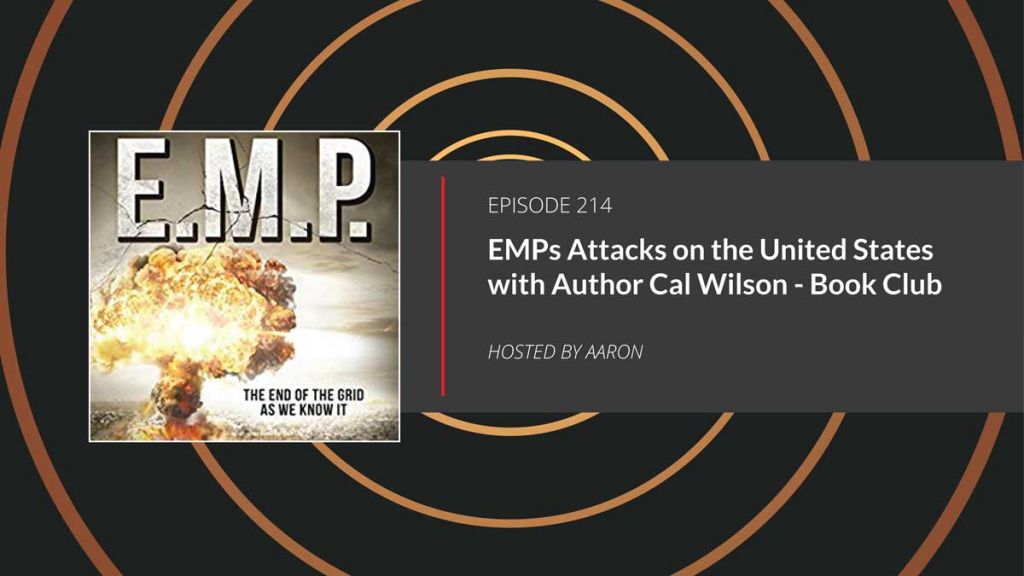 In this episode, we sit down with Cal Wilson. He’s an attorney by day and a prepper author by night. We discuss his new book about an EMP attack and life afterward. If you think this is just another EMP book, you may be in for a surprise. Tigers and Gorillas included at no extra charge.

EMPs (Electro Magnetic Pulses) is now and have been for a while, hot Prepper topics. EMPs as an antagonist are in many ways like Zombies: A perfect villain with all the pitfalls needed to scare the crap out of you. And they present a wonderland of problems to contend with.

But, unlike Zombies, EMPs are this side of catastrophes that are possible. The technology, will, and opportunity exists.

Most of the serious and balanced minds in prep have long since considered an EMP to be an outlier scenario, however. While the tech and will exists, the technological hurdles have long been considered too great for most aggressors.

Cal Wilson sides with William R. Forstchen and others. And he shows us all the ways an EMP attack isn’t just possible, but probably, in his latest work: E.M.P.: The End Of The Grid As We Know It (All At Once Book 1)

This episode of the ITRH Book Club is brought to you by Audible. We are lovers of audio too. And listening has allowed us to finally get around to reading some of the greats in apocalyptic fiction. Here are two of our all-time favorites:

Get your free audiobook and 30-day Audible trial by using the banner below. Over 180,000 titles to choose from for your iPhone, Android, Kindle or mp3 player. It is fast and easy.

But fair warning, you will become addicted!

We look back on the season, share a personal update, look to the future, and answer some listener questions. It's the season 7 finale. Don't miss.

E143: Lessons from 60 years in Preparedness

In this episode we sit down with NavyJim. He’s going to share with us how he and his wife have stayed engaged in preparedness since the 50s, thoughts on the media, and more. Listen now...