In this episode hosts Aaron and Jason share their single biggest mistake on the farm. Listen now...
Read More→

Hosts Aaron and Jonathan discuss the basic gun battery for survival and the benefits of professional training.
Read More→ 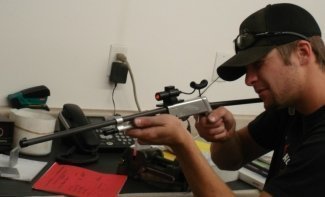 Takedown rifles by themselves are cool. But what if we took a takedown rifle and combined it with a fishing rod? Finally, someone has combined two of my favorite things. "Your chocolate is in my peanut butter. Your peanut butter is… 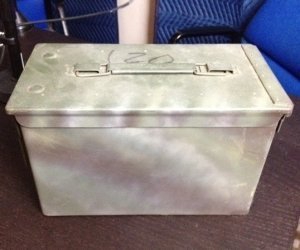 When it comes to storing ammo, used ammo cans really are the best. They stack well, take loose or boxed ammo, and provide protection against sun, rain, and humidity. There are a couple inherent problems with used ammo cans though.…

Hosts Aaron and Jonathan discuss traveling as a prepper. At some point in time all of us will have to go from point A to point B. Whether the mode of transportation is trains, planes, or automobiles, it's not time to let your guard down. However, you will have to do research and get creative.
Read More→ 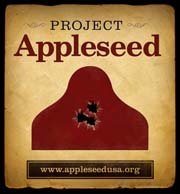 Hosts Aaron and Jonathan are joined by Scout of Project Appleseed. Scout gives listeners the ins and outs of what we consider the best traditional marksmanship instruction in the country.
Read More→ 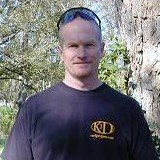 Hosts Aaron and Jonathan are joined by Robert Swartley of Talon Arms for a general overview discussion of rimfire cartridges and their place in survival. Rimfire guns are becoming extremely popular as ammunition costs have gone through the roof. In…

The right to own and carry a firearm is one of the most contentious in this nation, a battleground visited as often as that of free speech, abortion and the separation of church and state.

Your right to keep (own) a firearm is enshrined in the Second Amendment of U.S. Constitution, which states that, “[fusion_builder_container hundred_percent=”yes” overflow=”visible”][fusion_builder_row][fusion_builder_column type=”1_1″ background_position=”left top” background_color=”” border_size=”” border_color=”” border_style=”solid” spacing=”yes” background_image=”” background_repeat=”no-repeat” padding=”” margin_top=”0px” margin_bottom=”0px” class=”” id=”” animation_type=”” animation_speed=”0.3″ animation_direction=”left” hide_on_mobile=”no” center_content=”no” min_height=”none”][A] well regulated militia, being necessary to the security of a free state, the right of the people to keep and bear arms, shall not be infringed.”

This brief passage was most recently challenged in the U.S. Supreme Court in 2010, in McDonald v. Chicago, where gun owners argued the city’s ban on handgun ownership violated the Second Amendment. Gun owners prevailed, with the Court citing its favorable ruling two years prior in Heller v. District of Columbia ““ that owning a handgun is a fundamental right protected by Due Process that cannot be infringed upon by the States.

Now, what about the right to carry them around?