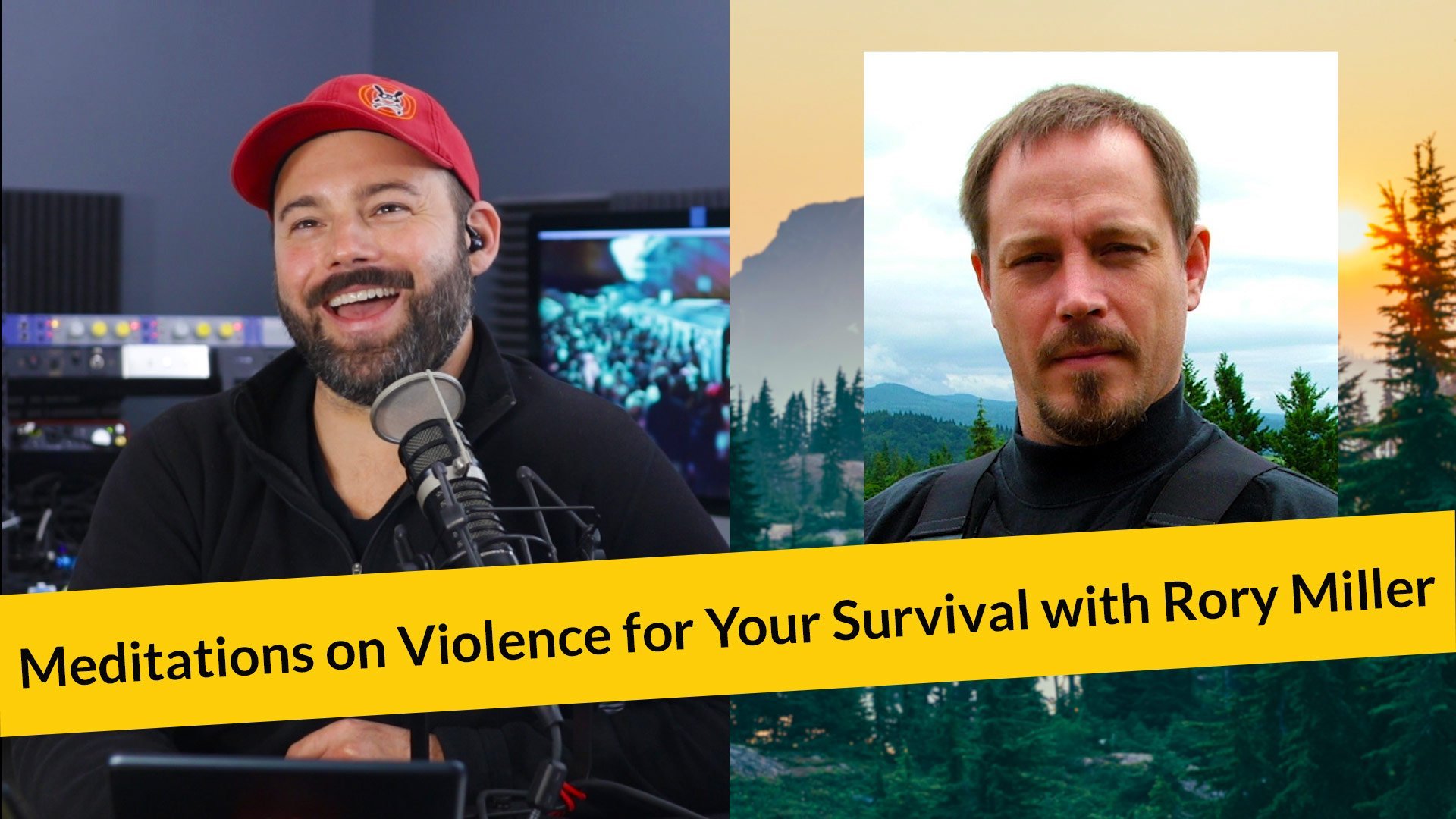 Author and corrections officer Rorry Miller joins us once again. We discuss his book Meditations on Violence and important lies that might get you killed.

From the description of Meditations on Violence:

Experienced martial artist and veteran correction officer Sgt. Rory Miller distills what he has learned from jailhouse brawls, tactical operations and ambushes to explore the differences between martial arts and the subject martial arts were designed to deal with: Violence.

Sgt. Miller introduces the myths, metaphors and expectations that most martial artists have about what they will ultimately learn in their dojo. This is then compared with the complexity of the reality of violence. Complexity is one of the recurring themes throughout this work.

Meditations on Violence is as heady as it is easy to read. But more importantly, it is wisdom and advice from someone who knows violence… a. lot. of. violence. If you read just one book this year, read this one. If you listen or watch just one episode this year, this is the one.

Rory Miller is a seventeen-year veteran of a metropolitan correctional system. His assignments included Booking, Maximum Security, Disciplinary and Administrative Segregation, and Mental Health Units. He was a CERT (Corrections Emergency Response Team) member for over eleven years and Team Leader for six.

He has a Bachelor’s degree in Psychology, a blackbelt in jujutsu and college varsities in judo and fencing. He also likes long walks on the beach.

Concealed handgun instructor Salvatore DeGennaro joins us to discuss practical gun training and must have EDC items. Are you focusing on long-gun too much? Listen to find out...

Precision rifles come with a lot of mystic and myth. In this episode we sit down with famed gunsmith Ed Vanden Berg of Vanden Berg Custom. Listen now...