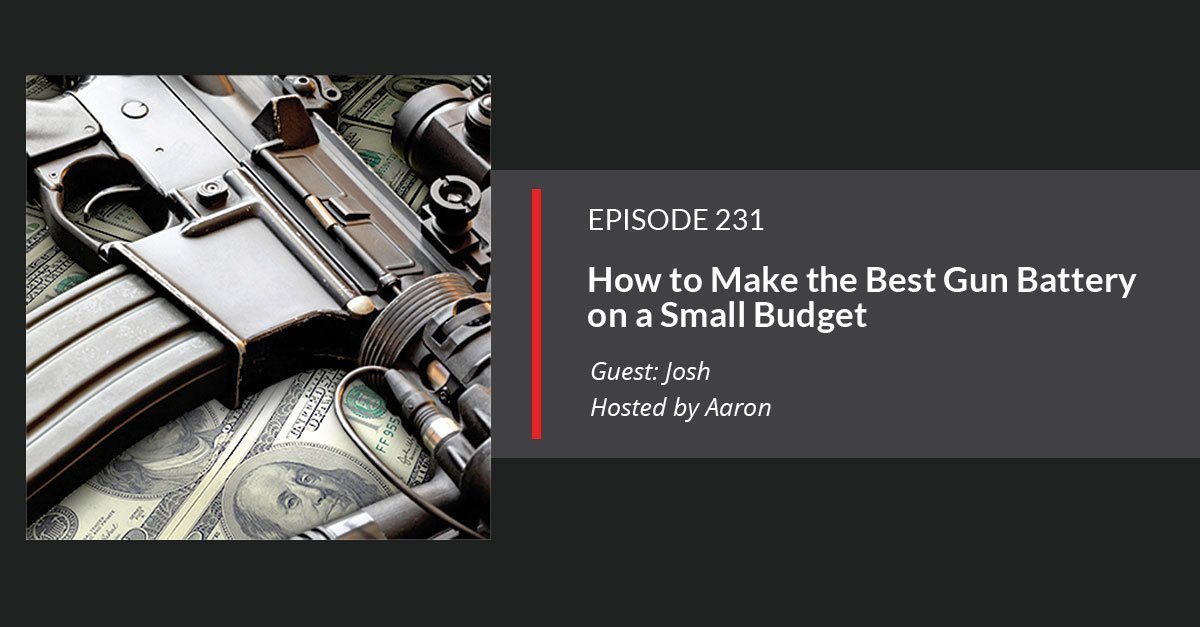 In this episode, Josh drops by to discuss building up the best prepper gun battery on a small budget.

Many preppers obsess over their gun battery. There’s a good reason: they are among the best tools to help keep us safe and defend our lives with.

And, let’s face it, most of us like guns a whole lot. They’re fun to play with and many find shooting to be a relaxing hobby. (I often call it yoga with loud noises and a little more smoke.)

But building a full prepper battery of guns is expensive; especially if you are just starting out. And guns can be the most expensive part of a preppers overall kit. It’s easy to drop $5,000 just on guns and glass. Five bills or more is a big bite to take for a lot of people.

Buying a full gun battery eats into what many long-time preppers feel is as important to nail down quickly: Food, medical supplies, and training. Then there’s more training.

So Josh and I discuss the best guns and strategies for starting out your prepper gun battery on a small budget.

E162: Understanding Food and Water for Camping (and Bugging Out)

In this episode we welcome back Marshall of GoingGear. He's going to share with us all the ins, outs, and what-the-hecks about water filters for camping and bugout bags. We're also going to dive into food and stoves for camping. Plus, a special bonus. Listen now...

Hosts Aaron and Jonathan take a fresh look at rifle calibers in the wake of gun hysteria and play with their tin foil hats. Listen now...