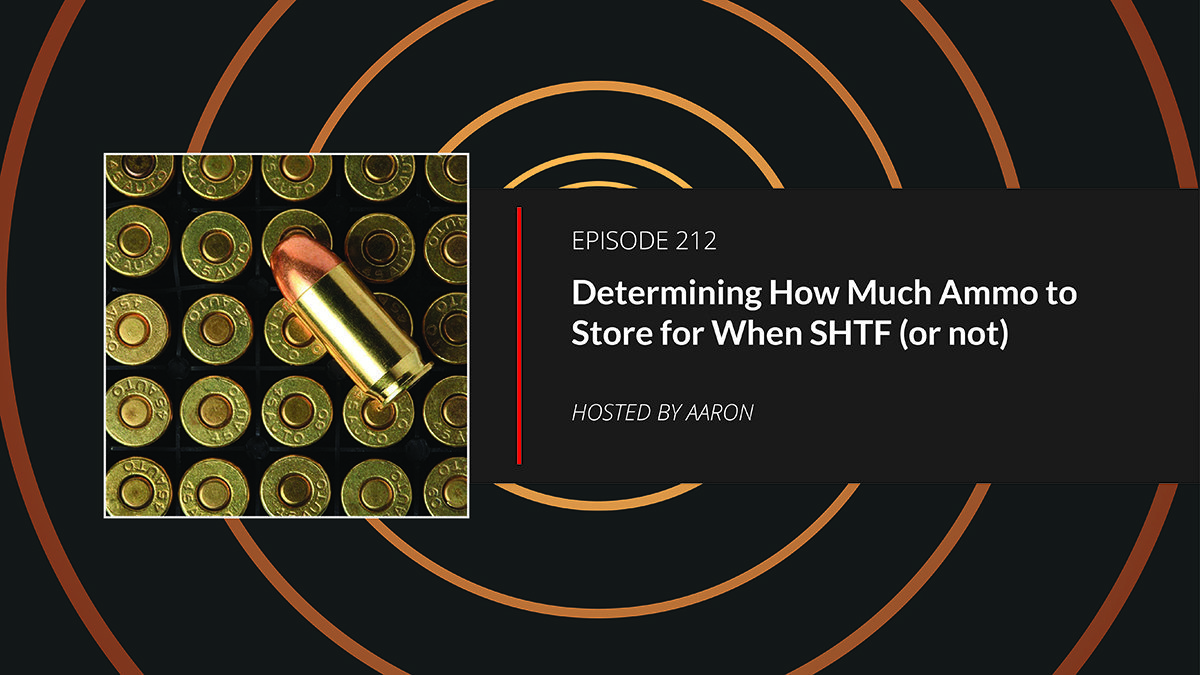 In this episode, we discuss how much ammo to store. This will be a short back to basics show. People often wrestle with how much ammo is enough. Today, we try to put things into perspective.

Ten thousand rounds of stored ammo is a number you’ll find often in online discussions about how much ammo to store. And at first blush, to new preppers, ten thousand rounds seem totally reasonable. We are preparing for SHTF and TEOTWAWKI, right?

But rarely is this number justified. And when the ten thousand rounds ammo storage answer is justified, it’s usually for unrealistic reasons.

So in this back-to-basics episode, we’ll discuss what to take into consideration rather than an exact number. And we’ll do a thought experiment to investigate how much ammo to store. The result may change your mind and perspective on the topic.

And we’ll quickly cover a basic gun battery so we have all our ducks in a row.

Determining How Much Ammo to Store:

E241: 7 Crazy Ways to Protect Your Identity & Make You Safer

Justin Carrol drops by to discuss several tinfoil hat ways to protect your identity and make you safer for 2018. We cover buying and setting up anonymous phones, cars, mailboxes, and land. And that's just the start.

The time to act is now. The begging of the year is a perfect time to go over the basics of preparing and advanced survival topics. Listen now...

Hosts Aaron and Jonathan weigh in on the TV Show Revolution and give their thoughts on surviving the news media. Listen now...