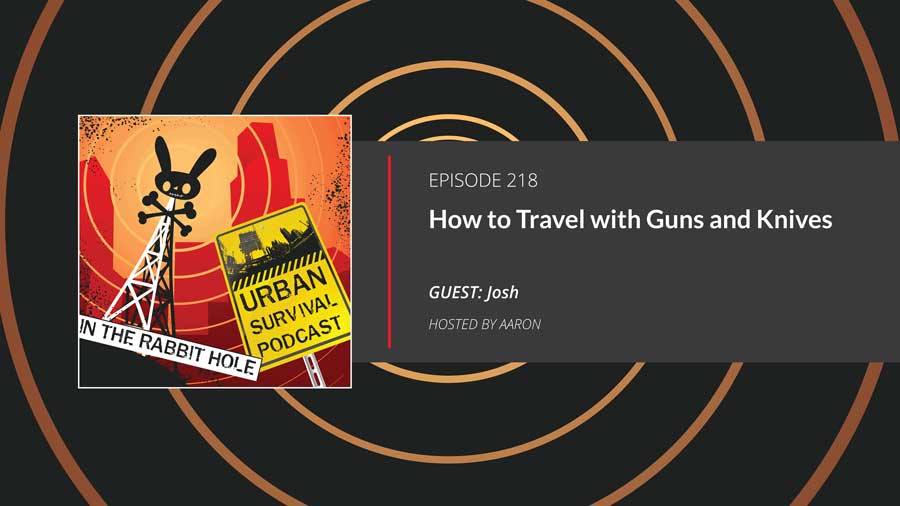 In this episode, we’re joined by Josh to discuss traveling with guns and knives. He’s a long-time private security professional who has been all over the world.

Traveling with guns can be a tricky subject, and so can knives. However, it’s not as difficult as you may think. It’s often rather easy, in fact.

But it’s extremely important to understand the laws of all the areas you’re traveling through. Sometimes cities have stricter laws than the states they’re in. And sometimes they’re the same. It’s your responsibility to know what’s what; ignorance of the law is not a defense.

There are also better sources to get your information from than others. So you have to be careful to ensure the information on gun and knife laws you’re getting is up to date and accurate.

This is a summer short episode that turned into nearly a full-length episode. Josh is a long-time friend of the show, and we decided to fulfill an Armada member request for a drunk episode. You’ve been warned: This episode was recorded intoxicated, at 1 AM, and then released without editing.

In this episode we sit down with James Price to discuss surviving everything from an active shooter to a typical mugging.

In this episode, we sit down with Dan from Waco Tactical Fitness. He shares with us what the WTF Biathlon is, how it started, and why they're a great sport for preppers and shooters. Listen now...

In this week's episode, hosts Aaron and Jonathan discuss their opinions about TEOTWAWKI.