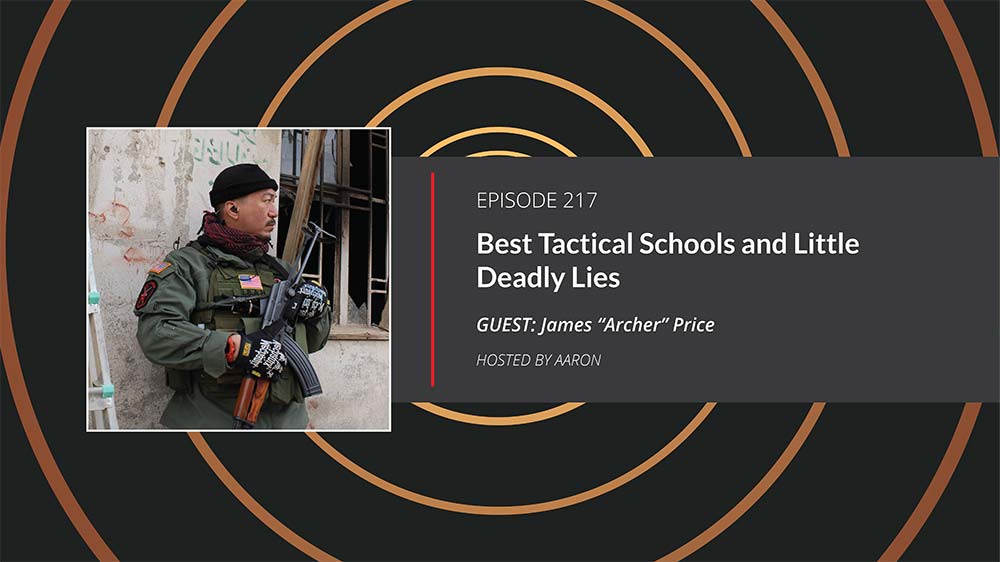 In this episode, we sit down with James Price to discuss tactical schools and training. He’s going to lift up the skirt on the tactical training industry and show us what’s going on. He’s also going to share with us where many of us are training for the wrong thing in the wrong way.

We begin and end every episode with a special message. It’s our motto and the thing ITRH promises. In fact, it’s the ITRH tag-line: Stay safe and sound!

The show is weighed towards the Safe part of that tagline. The subjects about staying safe are the fun and exciting topics to cover, after all.

But it’s important to address the Sound part from time to time. Sound, as ITRH uses it, means sound in mind. This unpacks to doing things for the right reasons, preparing for and nailing down our preps starting with the most likely, and making the most out of the limited time and resources we all have.

Now, about a decade ago you would have found Jonathan, Jason, and myself feverishly looking up tactical schools and gear. But there was a problem with what we were doing: We were acquiring skills starting from the least likely. This can also be said about the gear we were acquiring.

This episode addresses that. My scope of what I’m concerned about and see as possible are broader than James’. But the core message is the same: Train the way we prepare; start with and master the most likely first.

Note: ITRH is technically on summer break. The show will be back in full swing for seasons 7 starting August 7th. In the meantime, you will receive an ITRH summer shorts episode every three weeks. Then, August 7th, we’ll be back.

E214: An EMP Attack on the United States with Author Cal Wilson

In this episode, we sit down with Cal Wilson. He’s an attorney by day and…

E271: Rory Miller on How to Win with Conflict Communication

Rory Miller joins us to discuss his book Conflict Communication, manipulation, and how to handle hostile confrontations easily. Can social engineering be used for good as well as evil? Can these skills save your life? Find out in this episode...