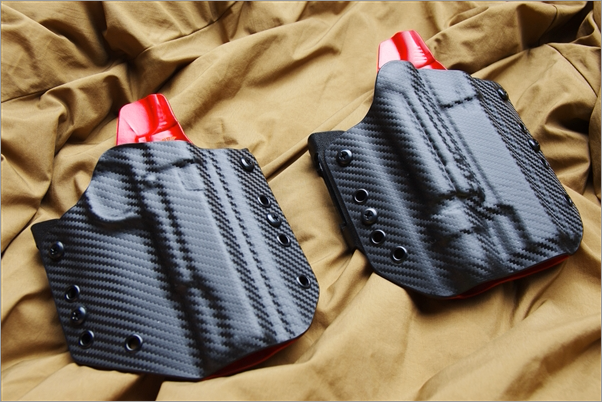 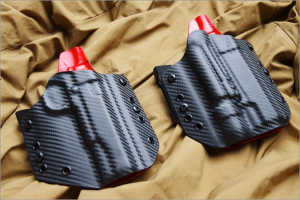 Recently I made a big change: I moved away from leather holsters in favor of Kydex. (It felt a little dirty at first, admittedly.)

For years I stuck almost religiously to all metal guns and traditional leather holsters. But as time went on the discomfort of wagging around a boat anchor on my belt became a bit much. So I bit the bullet–pun intended–and purchased a Glock (a.k.a ‘tupperware warrior’).

And as much as I hate to admit it to my custom Sig 229 SAS two tone with a lot of  Teddy Jacobson work (a.k.a. Actions by T or ‘cRaZy Teddy’), I love carrying the Glock. She isn’t pretty–not by a long shot. But she’ll take a banging, get dirty, and get sweaty without being worse for the wear.

The reality is my Sig would be fine doing the same. But it would be akin to throwing a supermodel into a muddy cage fight. And no one wants to see the aftermath on a magazine cover.

Anyway, this meant another purchase: A new holster. And, since I’m making such big changes, how about something else: Kydex instead of leather.

That brings us to focal point of this Friday Gear Report: The Griffon Industries Carbon Fiber Series.

Griffon Industries Kydex holsters often get rave reviews from some top names. And, aside from regularly commented on functionality, they put out some very handsome holsters and other Kydex tactical toys.

And sure, the Carbon Fiber series is like putting lipstick and a red dress on a pig. But, if it’s the pig you brought to the dance, you might was well dress her up.

The holsters feature a black carbon fiber pattern outer layer with a red Kydex inner layer. The contrasting result is rather striking. 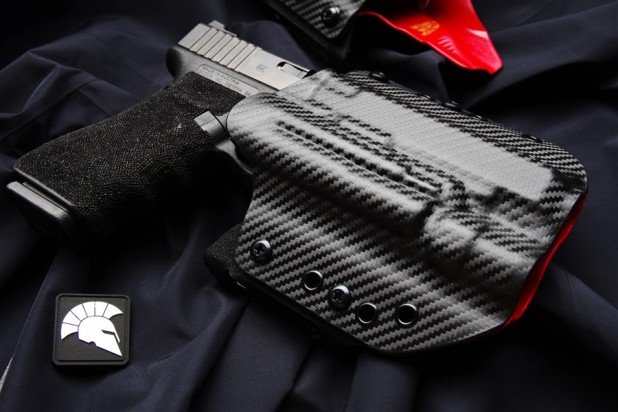 And, yes, since making the switch to Kydex I’ve come to love it too.

Headlamps have come a long way since the days of a metal concave mirror, leather…

I've bought some foolish things; I fully admit to it. Usually their beauty was matched…

The ABC’s of the EDC Bags

The Every Day Carry (EDC) Bag, as the name implies, is going to be your…