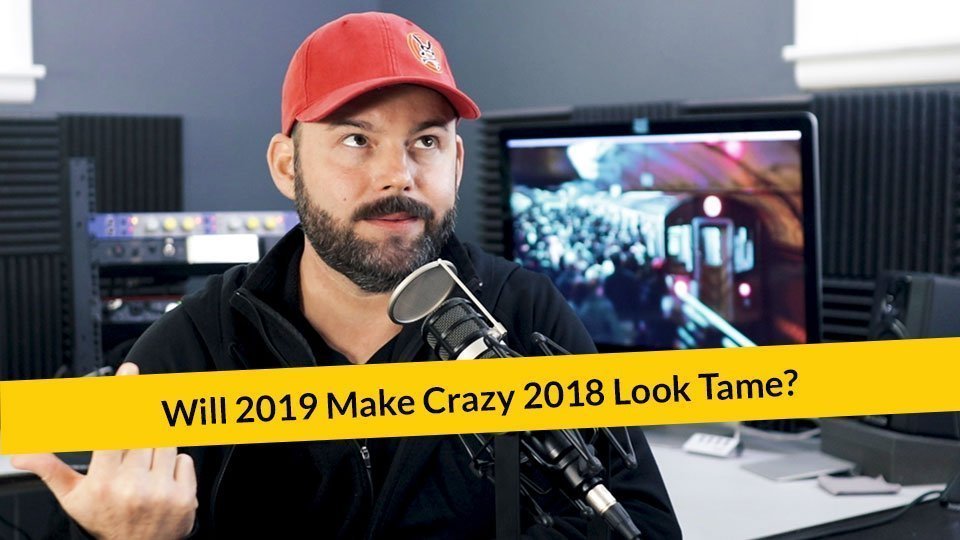 Things are getting weird out there roving horde! 2018 was a strange year. So much nonsense has happened with such speed and frequency, it seems like a new outrage begins before we even finish the last. It’s almost like we being fed a constant flow of titillating nonsense merely to keep us at each other’s throats and glued to social media and the news. We’ve fetishized the ridiculous.

We’re moving so fast through “crises.” No one even bothers to go back and examine what happened when the dust settled; unless there’s a new twist to excite the masses. Life is starting to look more like reality TV than reality.

Billy Joel’s “We Didn’t Start the Fire” spanned four decades. How is it that one year sounds like a rerelease of that song.

Let’s run through a few…

Don’t worry I’m not going to sing this. Otherwise, the audience would have a once survived.

The world keeps turning, and the temperature keeps rising.

Since I’m recording this little ditty in advance, I’m sure more has happened since. That’s just how these times roll.

So what are my thoughts for the future and prepping in 2019?

One of three things will happen to relieve the pressure. An event most would consider a Black Swan occurs and sparks off interesting times, shall we say. On a slightly lighter bend, like a drill to the skull, something will happen to unite people in disgust, and things will dissipate. Or, door number three, we’ll become burned out and realize it’s all theater. OK, not the debt, that’s freaking serious. But other than that, we turn off the social media, we turn off the screens, and we start focusing on the things in our circle of influence we can fix.

What do I think is going to happen? Is it option one or two?

Possibly, but we’re the preppers who stay safe and sound. Keep your wits and sanity in check. Be prepared for whatever comes next, but not at the cost of today. Because, things will go wrong, but the world may not end, and the zombies (whatever that means to you) may not march.

If you’re watching or listening to this close to when it’s released, you’ve got some time coming up to think about things.

Here’s my 2019 challenge to you. Get off Facebook and other time sucks. You’ll be amazed how much time you spent there talking about nothing, producing nothing, and being outraged about nothing. Spend that time focusing on what you can do to become more safe and sound.

And that’s what I think about that, damn it! May the odds be ever in your favor, roving horde.

Other Episodes of Interest

For Veterans day we sit down with Jeremy Paris, host of the Veteran Resource Podcast. Whether you served or not, you'll want to hear this episode. Listen now...

In this episode, we go back into the archives for lessons in homeschooling. This is part one of the two-part series on homeschooling with Suanna and Ron Davis. You'll hear myths busted, challenges accepted, and how it works when one parent works and the other teaches. Listen now...

In this episode Aaron interviews a listener about sailing. Listen now...