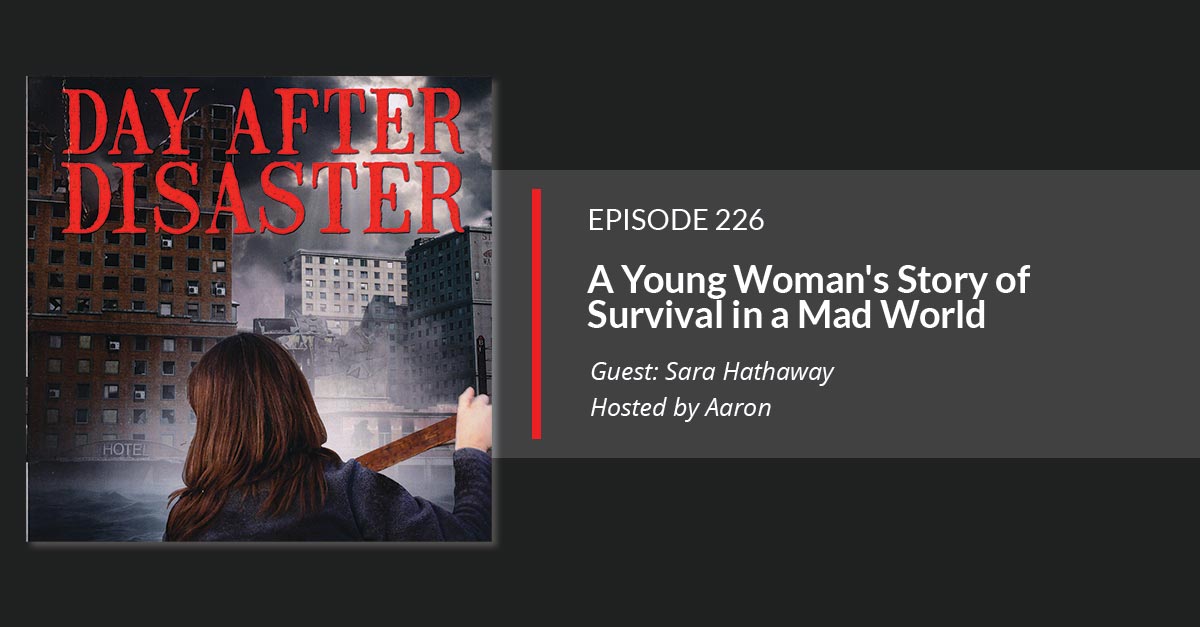 We sit down with author Sara Hathaway; the creator of Day After Disaster and The Changing Earth series. She shares with us her writing story and thoughts on female preppers.

Female preppers tend to be greatly outnumbered by their male counterparts. Most informal reports put the percentages at 30% female and 70% male.

The disparity between the sexes is also evident in prepper fiction. It is dominated by male characters — often overly stylized super-soldier types. And this get’s boring after a while. So when something, anything, different comes along, we tend to take notice.

Author Sara Hathaway is herself a female prepper. And she’s damn proud of it — as she should be. So her crafting a series of prepper fiction books featuring a strong female character is no surprise.

But some women’s reactions to Sara’s works are rather surprising. Listen in to hear this and many other topics…

In this episode we sit down with Jason Hanson, found of Spy Escape and Evasion. He's going to share with us some of his CIA training that may just save your life.

E171: How to Secrets of Threat Intelligence Gathering for Survival

In this episode our guest lays out the importance of intellegence gather. With some techniques you can know what's going on before the news. Sam Culper of Forward Observer Magazine lays it all out for us. Listen now...