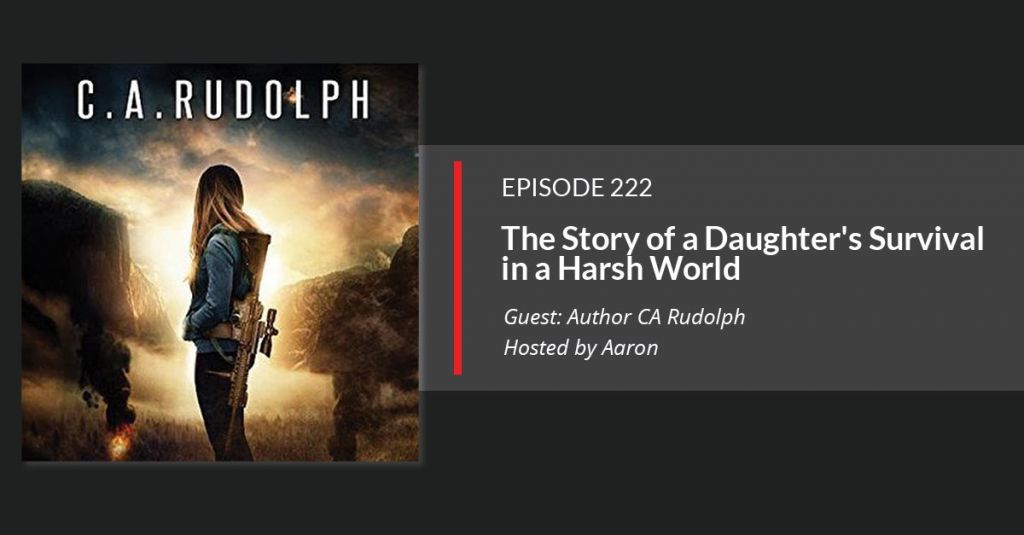 In this episode, We sit down with author CA Rudolph to discuss his book series What’s Left of My World, his writing process, and survival lessons for Dads.

What would it take to raise a strong female prepper? Two out of three hosts of ITRH struggle with this. The third just hasn’t made any little preppers yet. So this is an important question for us, as of late.

But this also speaks to a big piece of our community who tend to be under-represented. Women are a minority in prepper circles.

Perhaps men are wired to worry more about proactive survival measures. Maybe most of the personalities and information available just doesn’t speak to them. Yet, figuring this out and including more women in preparedness is very important.

Whatever the reasons, the first step is for Dad’s and Mom’s to take an active role in raising female preppers. So maybe more prepper fiction with strong female prepper character is a way to do something about this. And CA Rudolph’s part in this is What’s Left of My World. So let’s find out more about…

E279: Once Upon an Apocalypse with Jeff Motes

Author Jeff Motes drops by. He’s going to share with us how he crafted his Once Upon an Apocalypse series just for you.

Hosts Aaron and Jonathan pose the question: Are you a survival information junkie?

E141: Glen Tate on How to Choose a Bugout Location

Glen Tate of 299 Days joins us for an in-depth conversation about how to choose a bug out location. This episode is full of great information, things to consider, and laughs. Listen now...