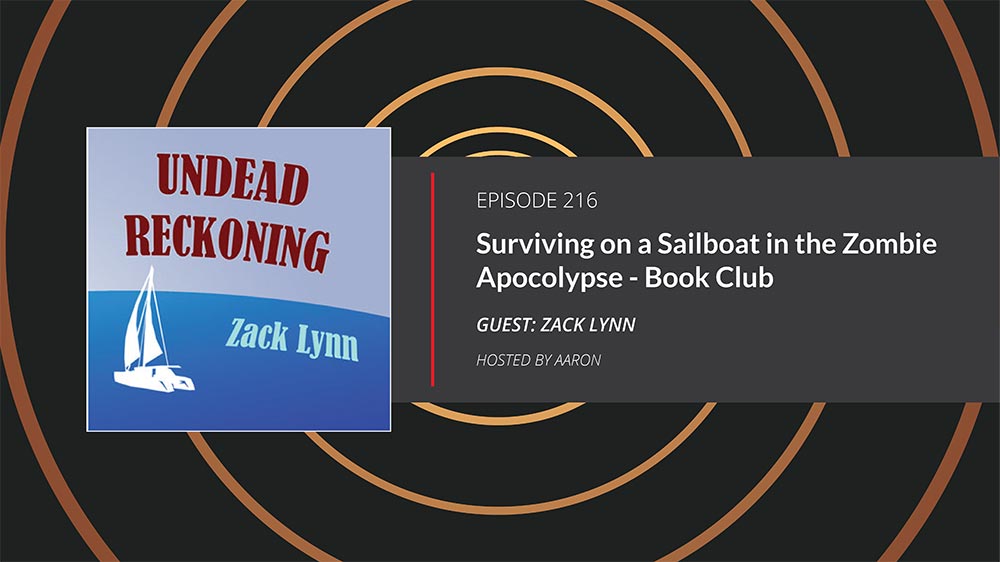 In this book club episode, we’re joined by author Zack Lynn to discuss surviving on a sailboat in the zombie apocalypse.

Surviving on a Sailboat in a bugout scenario presents several advantages and disadvantages. Advantages include not being stuck in a bunker with now windows, fishing, and mobility, to name a few. But you are constrained by the weight of the times you can store, inclement weather, and bobbing zombies.

Years, back we explored sailboats as an option for both living and bugging out. But we never fully addressed life on a sailboat in a grid down and hostile environment.

Zombies, as we’ve said in the past, provide an interesting and highly complicated scenario forcing deep thought and extensive nuanced consideration. So it’s ripe for thought experiments most other situations don’t present.

As it turns out, Zack has spent lots of time considering just such a situation. He even wrote a book about it.

The Author, Book, and Surviving on a Sailboat Discussed:

In this week's episode, Aaron and Jonathan introduce the core concept of the ITRH Urban Survival Podcast and site. Listen now...

Hosts Aaron and Jonathan diverge from the traditional ITRH format and discuss their thoughts on what's going on in the world and what to do about it.