E204: The State of Survival and Preparedness Address 2017 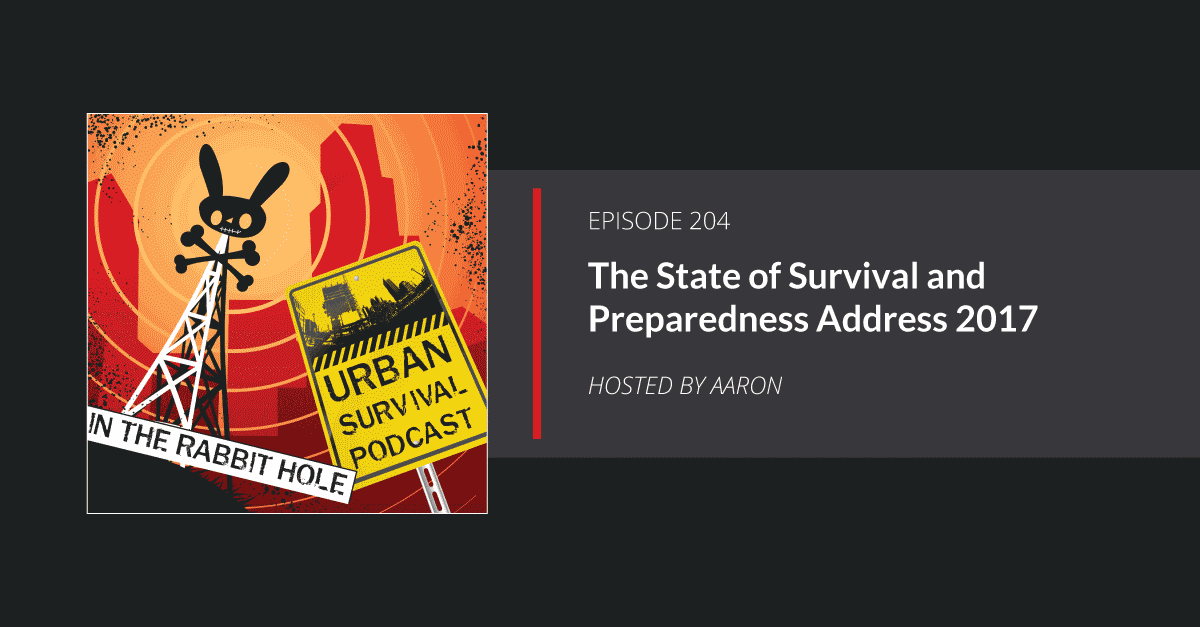 In this episode, Aaron shares his thoughts on the state of the survival and preparedness community. You see, there’s been much to do in recent months about a large downturn in the number of people engaged in being prepared. But there’s also been a lot of press about liberals flocking to preparedness out of fear of President Trump.

The answer is… sort of both. But not really either.

We’ll explain the State of Survival and Preparedness in 2017:

Articles Referenced in this Episode:

Books Referenced in this Episode: