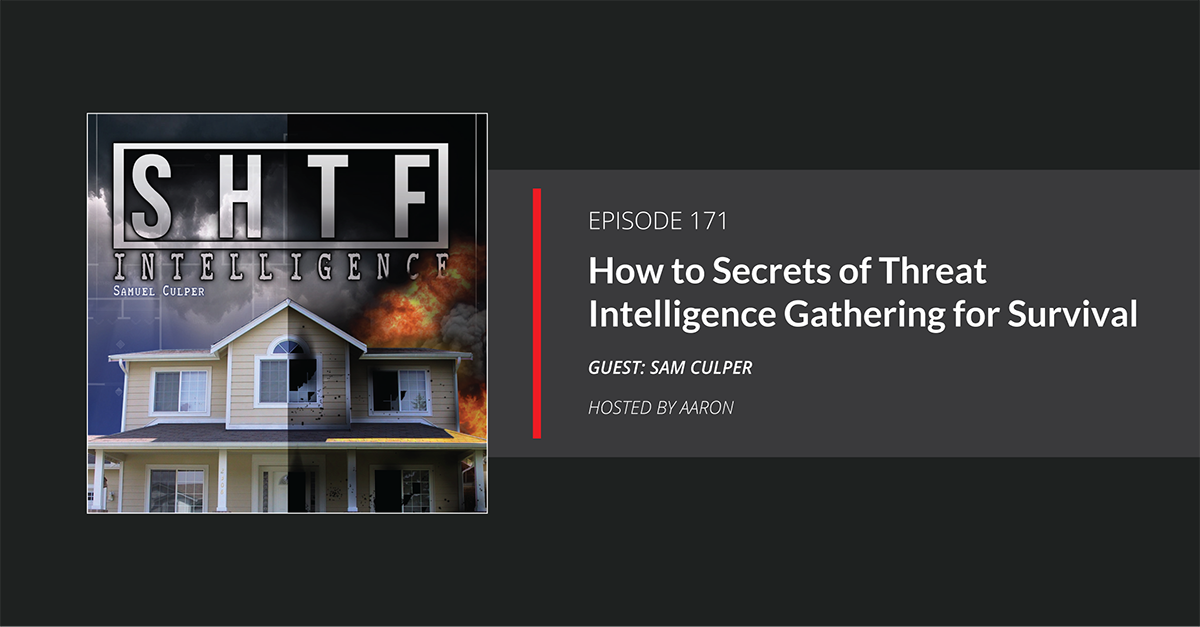 In this episode, we discuss intelligence gathering with Sam of Forward Observer Magazine. He shares techniques so you can know what’s going on before the news.

If you had to give an elevator pitch for your book, SHTF Intelligence: An Intelligence Analyst’s Guide to Community Security, what would it be?

In an SHTF senario, we’re all going to run into two problems. Number one, we’re going to not have enough information to make well informed time sensitive decisions: an intellegence gathering deficiancy. Or, number two, we going to have way too much information–we’re going to be drowning information. And that’s going to slow down our decision making process.

So through intelligence gathering techniques […] we essentially solve both of those problems before we encounter them.

Now to solve the second problem […] I talk about analysis and how we separate the wheat from the chaff. How we coordinate potentially massive amounts of information and make it relevant [and] ensure that it’s timely. […]

The last part of the book is about how to set up an intelligence element: The roles, the tasks, and the responsibilities–what everyone does so that at zero hours we know […] this is what everyone does and this is how we fill this giant blind spot when it comes to threat information gathering.

Special Discount Code: Get 10% off SHTF Intelligence Book book. Get the code from the episode before buying.

Hosts Aaron and Jonathan discuss the basics of camping and camping gear. Camping is an excellent opportunity to test gear, skills, and be reminded of life without most modern conveniences.

E167: Basics of Knife and Kydex Making with Bob Hill

In this episode we sit down with Bob Hill; knife maker, kydex maker, and owner of Bob Hill Blades. He's going to share with us the basics of knife making, how to work with Kydex, and a host of other maker topics. Listen now...

In this episode we get an officer's view of Ferguson, police militarization, get sprayed in the face with pepper spray by our friends, fight the war on drugs, and discuss tactical man boobs.