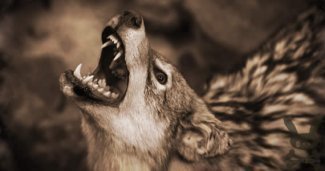 Not too long ago a couple of friends and I were having lunch and the subject of Coyotes came up. Our conversations often (more often than not) take on some random subjects, but Coyotes attacking someone we knew was a stretch considering we live in the fourth largest city in CONUS. One of my friends, Thomas, started telling the rest of us about an encounter he had with a pair Coyotes a couple of nights before. His girlfriend was out walking their dog when the pair of Coyotes tried to attack the dog. Her screaming did nothing to frighten off the would-be attackers, but it did bring Thomas rushing out. He fired several times at the ground in front of them before the Coyotes finally got the hint that the pet wasn’t worth the effort.

Several months after my lunch with Thomas, news of Texas’s Governor Perry’s laser guided run-in with a Coyote hit the airwaves. “Was this becoming a state-wide issue?” I wondered. After some digging, it quickly became apparent that these wily canids were not just becoming a Texas issue, but instead a national concern.

Do Coyotes attack Humans? Conventional wisdom says no. The advice you hear most often is just to yell at them and they will scare off. Over the last 50 years, most incidents involving people and Coyotes were stories of the animal going after a pet on a leash, or a small child. Recently, things have been changing. As Coyotes start to infest cities and spend an increasingly larger amount of time around people without much aggression from us, they are becoming increasingly less afraid of us.

Coyote attacks on Humans are still rare even though coyote attacks are on the rise. Typically Coyotes only attack children five years old and younger. Don’t panic just yet. With approximately three million children a year being bitten by domesticated dogs, your child is far more likely to have an incident with someone’s pet than with a wild Coyote.

On October 28th of 2009, what is probably the most famous Coyote attack on a person occurred. Singer and songwriter Taylor Mitchell was severely injured in Cape Breton Highlands National Park by a pair of Coyotes. She later died in a Nova Scotia hospital from injuries sustained during the attack. To date, Taylor Mitchell is the only person known to have died from a Coyote attack in recent history.
More on the Taylor Mitchell Coyote Attack.

Coyotes are native to most of the Western half of the Continental United States. Over the years as Wolf populations have dwindled, the “Prairie Wolves” ““ as Coyotes are sometimes referred to ““ have spread from coast to coast and throughout most of Canada. Coyotes in rural environments have been causing problems since man became sedentary and started domesticating and herding animals. Until the last decade or two, Coyotes mostly stayed out of large cities.

Using greenways, power transmission line paths, train tracks, levees, and other man-made corridors, these animals are able to move into and around urban areas with relative easy and stealth. While few were watching, the Coyote population in large urban areas has been exploding. It seems kind of strange, a wild animal entering a heavily developed human area and thriving. As it turns out, they are extremely adaptive and have very few issues thriving in the shadow of man. At first this may not seem like a big deal, as they have always been seen as rather shy animals that are easily scared off by people. Much like the story I told you at the start though, Coyotes are becoming rather bold.

Coyotes are exceptionally intelligent and adaptable animals. Combine that with their nature of being extremely opportunistic eaters and you have an animal with the potential to see people, especially children, as an enticing meal.

At only 35 ““ 50 pounds, a Coyote’s physical prowess is very impressive. They are one of the fastest members of the Canid family, reaching speeds up to forty miles per hour and can leap fourteen feet in a single bound. Their fangs measure one inch in length on average, with jaws that can exert more than 300 pounds of bite pressure.

Coyotes are primarily carnivorous, but are in fact omnivores. Since they are opportunistic feeders, they will eat darn near anything. They will eat sheep, dogs, cats, frogs, mice, vegetation, you name it. Coyotes will sometimes work in packs, but prefer to be solitary or in pairs.

Coyote attacks on people and livestock occur primarily in the spring and summer when pups need to be fed. October is also a busy month for them as the young leave their mother’s den and venture out on their own to hunt.

Simply put, Coyotes do attack humans. While still very uncommon, the number of attacks is growing just as their numbers are growing in Metropolitan areas. The real question is what will be the ramifications of an unchecked Coyote population explosion in major cities across the country?

In the future Coyotes may pose a threat to people and pets on a regular basis if their populations are left unchecked. Currently, Coyotes in cities are something to be aware of only. If you see one in your neighborhood, call animal control and do not approach them. Animal control may do nothing immediately to deal with the Coyote, but it alerts them to the presence and the more calls they get, the more pressure will be on them to deal with the issue.[/fusion_builder_column][/fusion_builder_row][/fusion_builder_container]

Why Silencers Are A Useful Tool Depending on the caliber, silenced firearms protect hearing without the shooter and…

A Tribute To Ron Hood: Woodsmaster

On Saturday October 8, 2011 I received an email about a limited edition Survival Quarterly…

Phil Rose has quickly become a rising star in the world of custom-made knives. In…