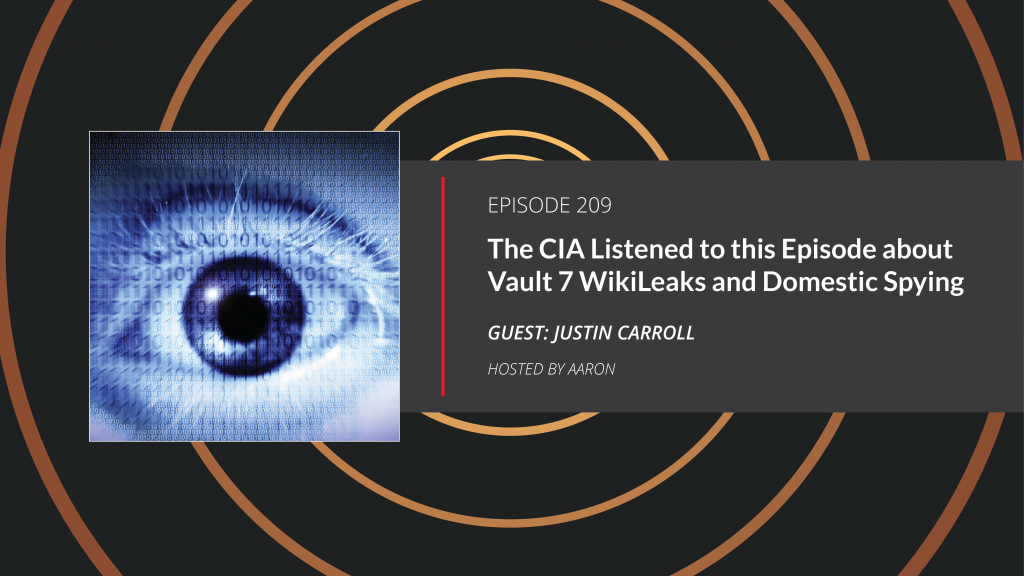 In this episode, we welcome back Justin Carrol. He’s going to share with us the reality of Vault 7 WikiLeaks domestic skyping info dump. And we answer the question: Is your smart home sending the CIA and NSA pictures of your pepper junk.

First of all, some argue we’re living in the age of George Orwell’s 1984. Others would claim we are fast approaching Aldous Huxley’s Brave New World. But we posit the present and future seems like it will be more like This Perfect Day by Ira Levin.

The reality is domestic spying is here, regardless of what it looks like exactly. And it is being conducted by corporations and government agencies alike, as it turns out.

But, most noteworthy, there are measures you can take to protect yourself. And we discuss all of this in this episode:

Joey King drops by to share news from the war front. The cryptocurrency war that…

Hosts Aaron and Jonathan discuss finding a job, keeping a job, and creating a job. On the surface talking about the way you secure your financial well-being may not sound like a "survival" show topic, but it an extremely important aspect to modern survival.

Join us as we remind ourselves to find balance in not only our preps, but also our lives. Listen now...