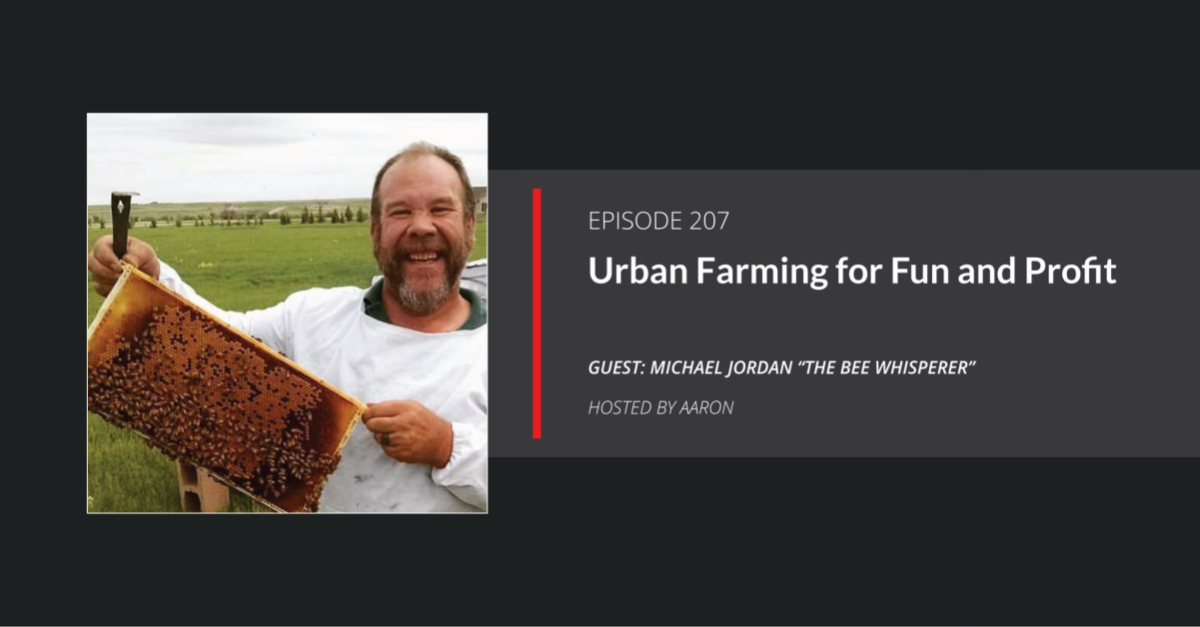 In this episode, we discuss making a little money through urban farming with your buddy Michael Jordan the Bee Whisperer. It’s not as hard as you may think.

Many of us in the preparedness community have small, medium, and even larger urban farms. They’re perfect for building survival skills, building a food storage pantry, and becoming more self-reliant with an urban farm. And getting out and putting your hands in some dirt or raising animals can be relaxing.

But what do you do when you start producing excess. You may be sitting on extra cash or a side hustle and not even realize. You just have to like money and be willing to put in some effort.

A few years ago now, we had a very respectable urban farm with chickens and rabbits. When we got to 40 chickens and 40 rabbits we were producing more than we needed or wanted. We talked at length about selling the excess, but selling rabbit meat and eggs proved problematic due to local and federal laws. And we weren’t sure where to start.

NOTE: We had some connection problems that weren’t completely apparently until the show was already recorded. So be advised, this episode’s audio isn’t what you normally expect. But you should still be able to hear Michael’s advice on urban farming.

In this episode, we sit down with author Mathew Gilman. He's going to share with us a glimpse into his book Home Front and more.

E232: How to Increase Wealth and Survive Your Likely Disaster

Joshua Sheats of Radical Personal Finance drops in. He shares with us some truths of how to increase wealth and surviving your likely personal disasters.

In this episode, we sit down with Jeanna Cournoyer to discuss self-defense and firearms training. Jeanna is a bit like a female John Wick with a long resume of training in Krav Maga, firearms, and stress training. Listen now...