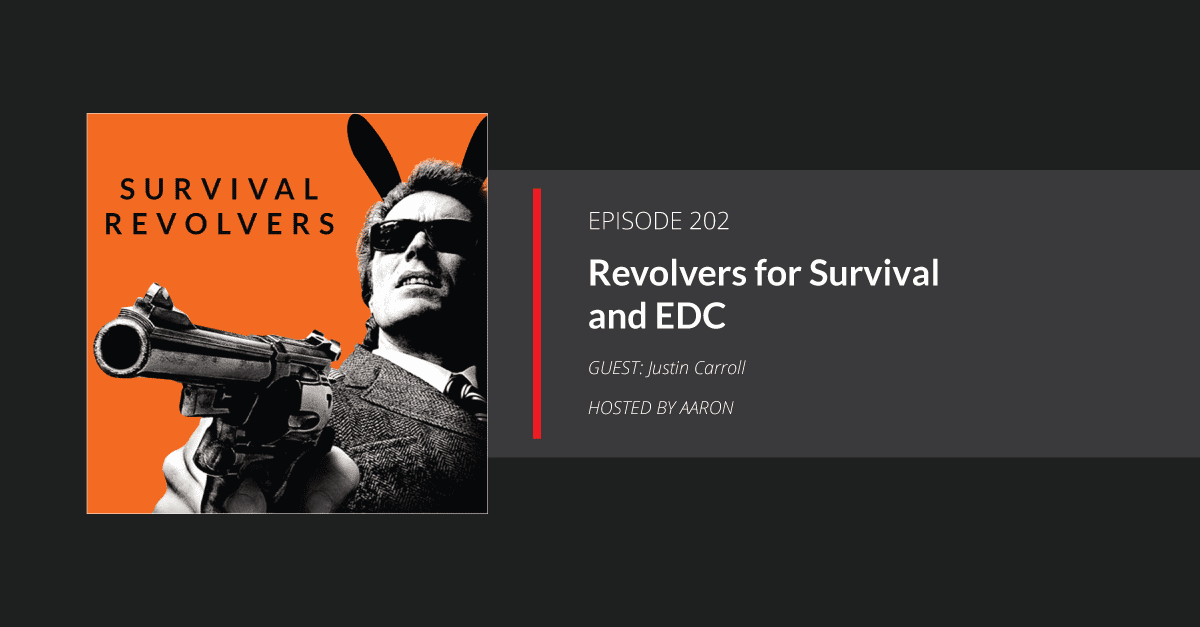 In this episode, we sit down with Justin Carroll to discuss revolvers for survival and EDC. Listeners know Justin from Prepper Opsec. But he also has a passion for revolvers, as it turns out. And in this episode, he shares his journey into the world of revolvers.

Revolvers are a common topic of debate for preppers…

Fans often swear by them. They make claims of revolvers having superior reliability over semi-autos.  Then there is the ammo interchangeability with some rifles and the ability of some revolvers to accept several different cartridges of the same caliber. There is also the fact that some revolver cartridges, like the .357, offer a wider range of powered charges allowing for greater flexibility as a hunting round.

But there is the other side of the fence: Detractors. Typically, this category appreciates revolvers but see modern semi-auto pistols as having more advantages: Higher capacity, easier reloading, greater reloading speeds. The semi-auto camp also raise their eyebrows at the claim of greater reliability.

Like all things in survival and guns, the answer is this: It depends.

In this episode, we sit down with author Brad Manuel. He'll share with us how he crafted a different kind of post-apocalyptic book. There are no super-elite-range-seals. No ninja warriors. Just regular folks trying to survive. But somehow it still caught the attention of the publishers of The Martian. So he might just be on to something. Listen now...

Author Arthur Bradley drops by to share with us how and why he made The Survivalist Series for you. Arthur Bradley is a NASA engineer by day and a prepper author by night. (A real NASA engineer, not like the sort of nonsense Jonathan Jason and myself used to tell women.)

E74: The Relationship Between Liberty and Survival

Hosts Aaron and Jonathan discuss the essential relationship between liberty and survival. Can we survival without liberty? Listen now...