Amazon is pushing there “Cyber Week”

pretty hard. It’s Cyber Monday stretched out over a week with some pretty great deals; nearly 50% off!

Here is a handful of times on sale I found that are great items for Bug Out Bags and preps in general. 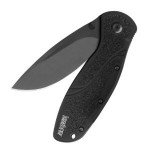 The Kershaw Ken Onion Blur is a knife I personally own and even had a spot in my EDC bag. It’s a great knife. Amazon has it on sale right now for $49 – down from $99.

Once on a camping trip I broke the tip off mine doing something stupid with it I won’t even go into. When I got home I sent my poor abused Blur in with a letter explaining what had happened. Even thought it was my fault, a week later I received a brand new one – no charge. Ever since that experiance Kershaw has been a favorite knife maker of mine. 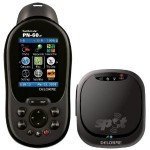 The DeLorme Earthmate PN-60W Portable GPS Navigator with SPOT Satellite Communicator makes for a pretty dynamic duo and Amazon is pimpin it for $399 down from $549.

Communicate with family and friends from locations worldwide. Cell phone coverage can be unreliable, but the SPOT Satellite Communicator distributes your message dependably via satellite. 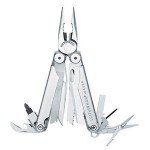 The most popular full-size Leatherman tool – Leatherman 830039 New Wave Multitool – is now better than ever. Larger knives, stronger pliers, longer wire cutters and all-locking blades make the new Wave an essential piece of equipment for any job or adventure. The pliers have been redesigned to withstand more than double the previous squeezing load, and the new bronze bushing makes one-handed knife access a smooth operation — plus, the one-at-a-time blade selection function means that the tool you want is the tool you get. The versatile Wave comes with a durable and attractive leather/nylon combination sheath.

I will update this more as I come across more deals.

Kitanica, "Exoskeletons for Humans", manufacturers some of the most rugged and interesting  jackets and pants on…

This week we bring you: The LifeSaver water bottle and Jerry cans. What could be…